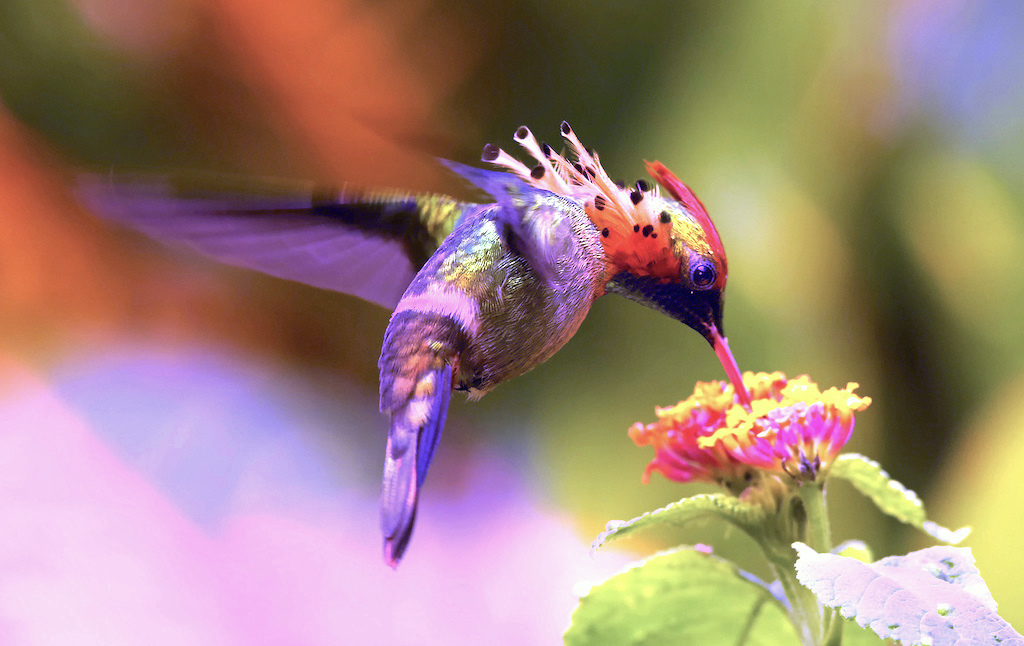 The ongoing argument regarding the hierarchy of form vs. function is, in this case, reduced to absolute superfluity.

The Tufted Coquette – a hummingbird whose name is not only delightful and perfect, but easily could have been lifted from a Lou Reed lyric.

Somewhat rare, small populations have nonetheless been found in Brazil, Venezuela, Trinidad and Guiana. Various sources say it’s either local to these regions or seasonally migrant. Wikipedia merely scratches its collective head and admits the coquettish movements aren’t well understood. Well, that makes two or more of us.

But all that’s neither here nor there. In my admittedly untufted opinion, any bird that looks this good knows exactly where it’s at.

Warning: The object in this image is much, much smaller than it appears. At 2.3 grams, it can give you change for a shiny new penny. I’m fairly certain some of the words I used here are bigger than this bird.