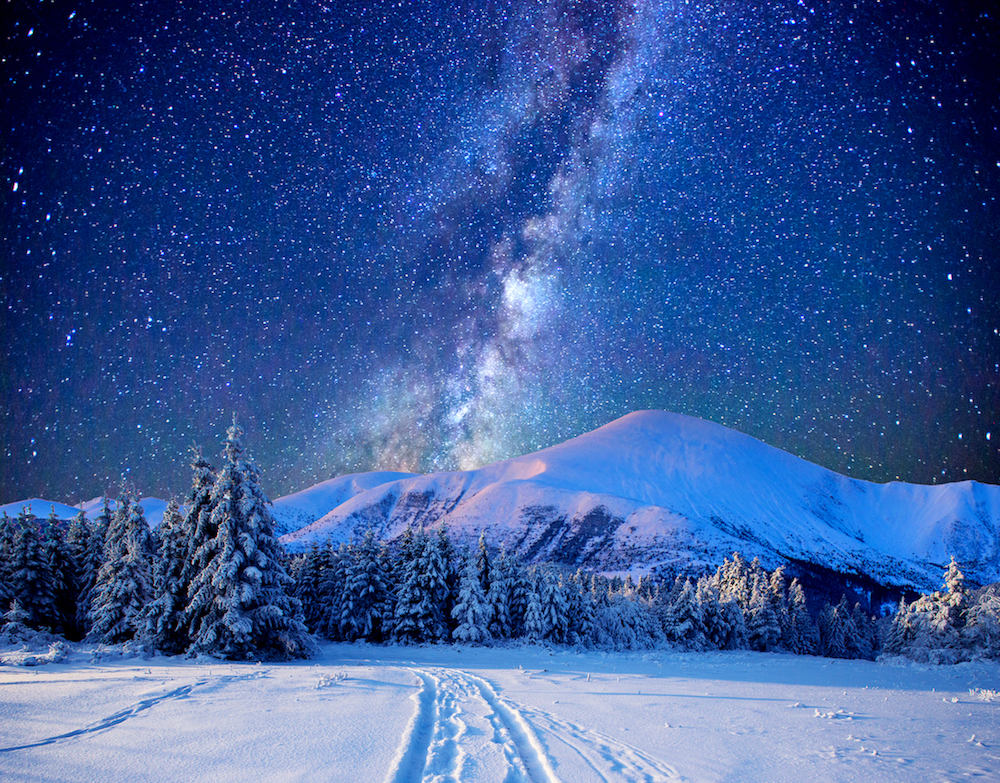 I don’t know much about this picture, other than it’s of the Milky Way as seen from a remote setting of sheer spectacle in the Carpathians. I take a caption’s word on that, because I’ve never been there, and I don’t know it from personal experience.

But, I do know how every exhaled breath would drift in a coherent body of mist crystallizing on a slow invisible current. I know the oddly creaking sound of new snow underfoot in the conspiratorial stillness of night. I also know that deep cold has a very faint and particular smell that puzzles me when I think about it.

And I know that we are of the Milky Way, on the reaches of an unfathomable periphery. Far from everything else, and at distances so great, only deep mathematical comprehension could enkindle even a glimmer of understanding.

But, somewhere in that cosmic equation, as fixed in the mind as true north, an “X” could be projected over the frozen track that threads these star-flung shadows of trees. It too would have a caption that I’d take at its word, and it would say, however momentarily, “You Are Here”.