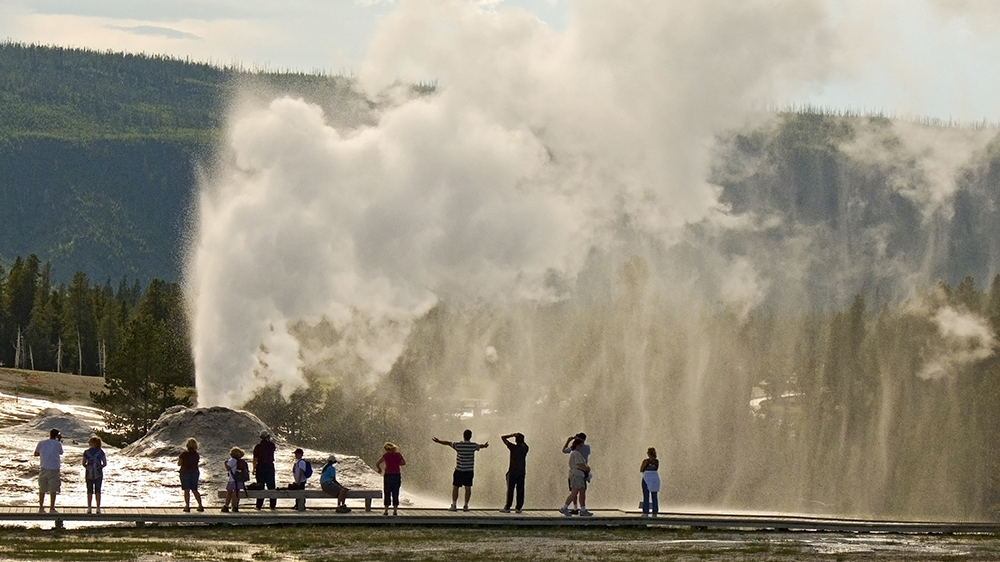 Yellowstone became the world’s first national park in 1872, signed into law by Ulysses S. Grant. With miles of backcountry trails and hidden hot springs and waterfalls, it’s a land of majesty and mystery, where bison still roam and Old Faithful still erupts on schedule.

Yet beyond this, many details about Yellowstone aren’t commonly known, even by the millions of annual visitors. Here are seven surprising facts.

You can fit two states and two nations, into Yellowstone: The National Park Service puts Yellowstone’s size at 3,472 square miles. It’s often said you can fit Rhode Island into it—but you could also fit Delaware and Washington D.C., along with two European nations (Liechtenstein and San Marino), and still have room left over for a mess of picnic tables.

The cavalry kept watch over Yellowstone: Because of threats from poachers and zealous souvenir hunters, Company M of the First United States Cavalry was brought in by the U.S. Army in 1886. At the height of the Army’s presence in Yellowstone, 324 soldiers were stationed there.

High and low temperatures mark a swing of 167 degrees: In 2002, an all-time high of 99 degrees Fahrenheit was recorded at Yellowstone. Some seven decades previous in 1933, the temperature hit a low of 66 below zero. We can only assume every bear in the park was hibernating.

Old Faithful was once used as a laundry: QuirkyTravelGuy.com recounts how explorers and infantrymen put the geyser to this unique use in the late 1800s. People would wait until just before an eruption, place their dirty laundry in the geyser’s hole, and allow the heat and agitation of the eruption to clean (and scatter) their clothes. Supposedly, linen and cotton garments came out clean, while wool clothes were shredded.

Yellowstone holds one of the largest known volcanoes in the world: Volcano Discovery identifies the Yellowstone Caldera as a “supervolcano.” It last erupted 640,000 years ago. While another eruption can’t be ruled out, the likelihood it will occur in the next 100 years is very low.