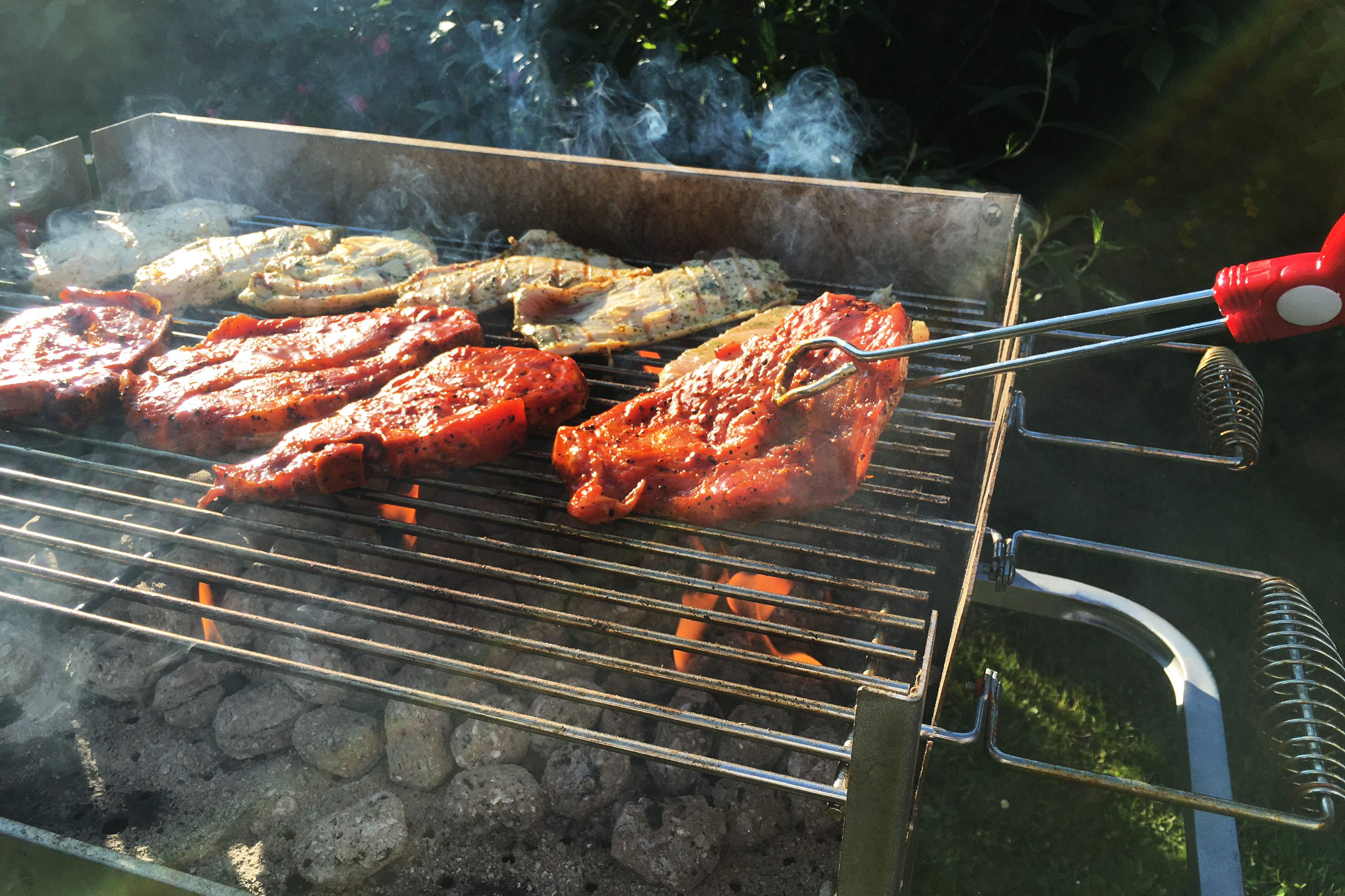 From a simple burger charred on a gas grill to a hunk of Texas brisket smoked low and slow, Americans love every kind of barbecue. The next time you get together with friends for food cooked over fire, here are seven surprising nibbles of information you can share.

There are at least six spellings currently in use: barbecue, barbeque, BBQ, B-B-Q, Bar-B-Q and Bar-B-Que. However you spell it, the origin of the word is hotly debated. While some suggest the French phrase barbe a queue, the Oxford English Dictionary disagrees: “The alleged Fr. barbe a queue, ‘beard to tail,’ is an absurd conjecture suggested merely by the sound of the word.” Today’s consensus is that barbecue comes from the Arawak American Indian word barbacoa, “a framework of sticks set upon posts.” In other words, the name of the structure the food was cooked upon was mistaken for the name of the food.

One of the great debates among barbecue aficionados is pork vs. beef. But in Northwestern Kentucky, in Daviess County and especially in the city of Owensboro, mutton is the meat of choice. The most famous mutton spot is the Moonlight Bar-B-Q Inn, where the mutton is barbecued over hot hickory logs for 14 hours, then sliced and dipped in their special brown vinegar sauce.

It’s a favorite of the Founding Fathers. George Washington enjoyed a good barbecue, as evidenced by his diary entry from May 1769, “Went in to Alexandria [Va.] to a Barbecue and stayed all Night.”

And U.S. presidents continue the tradition. It’s rumored that Lyndon Johnson installed a Texas-style smoker in the White House, and Dwight Eisenhower grilled on the Promenade outside the third floor Solarium, putting thick steaks straight on the coal — a technique known as “dirty steaks.”

A man’s car and his grill share a common history. Henry Ford didn’t invent charcoal briquettes — that was Ellsworth Zwoyer, in 1897— but he did popularize them, going into business with his brother-in-law, E.G. Kingsford, to use wood scraps leftover from the production of the Model T.

The first Weber grill was made out of a buoy. In 1952, George Stephan was working at Weber Brothers Metal Works in Chicago when he realized that a metal marine buoy could be turned into a grill. He cut one in half, using the top as a lid and cutting air vents in the bottom, and the prototype for the Weber Grill was born.

There’s science in barbecue. “The stall,” solved: Those attempting classic “low and slow” barbecue at home — cooking a large hunk of meat for a long, long time, until it becomes meltingly tender and deeply flavorful — run up against the stall, when for hours on end the temperature of the meat refuses to rise. Many explanations have been offered for the stall, but it looks like physicist Greg Blonder has finally laid the debate to rest: The stall is caused by “evaporative cooling,” when evaporating water cools the meat as it goes. Some strategically placed foil can ward off the stall, with the side benefit of juicier barbecue.